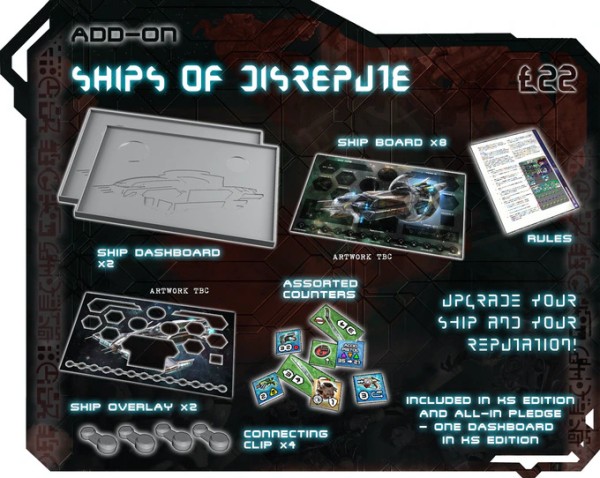 Beschreibung Bewertungen 0
Beschreibung
This pack contains everything you need to upgrade up to two crews with named ships, along with... mehr
Menü schließen
Produktinformationen "Core Space: Ships of Disrepute Expansion"

This pack contains everything you need to upgrade up to two crews with named ships, along with the rules for doing so and pre-designed ship cards for all crews released to date, as well as plenty of blank ones to make your own.

Note that the rules and ship cards, along with a single board, are already included in the Kickstarter Edition, so this add-on is only required for players of the original Core Space game that are not pledging for Core Space First Born. If you have pledged for the First Born Kickstarter Edition and want additional Ship Dashboards, select the Enhanced Ship Dashboard add-on instead.