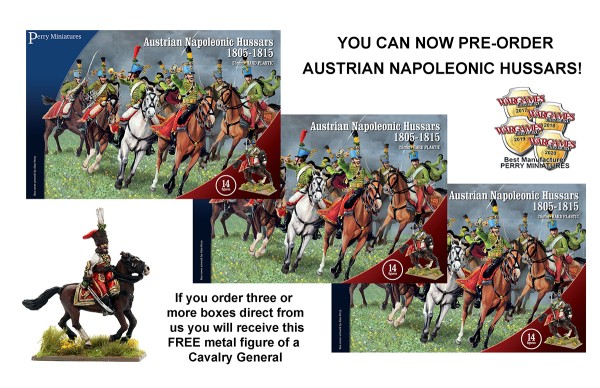 The Austrian Hussars were the most colourful troops in the Austrian army, all coming from the Hungarian part of the Austrian empire. They were universal troops, used for all duties; scouting, skirmishing as well as in the main line of battle. All the figures in this set can be assembled in full or campaign dress, and either at full charge, sword shouldered or attacking.