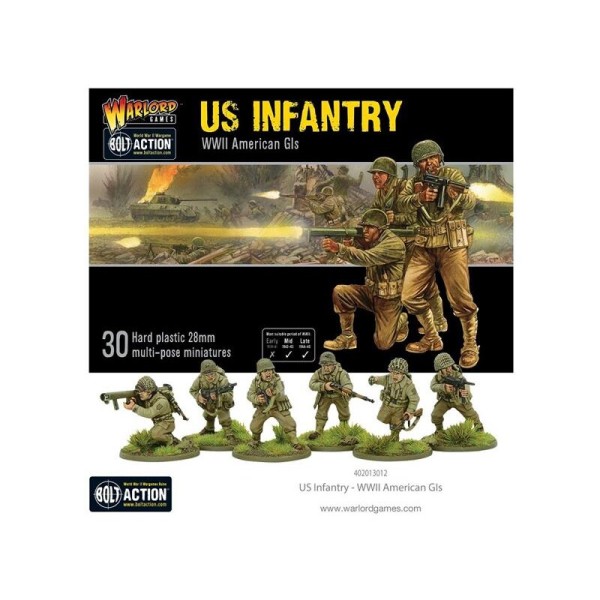 This box gives you a platoon of tough, well-trained troops with enough firepower to successfully perform almost any task given to them.
American troops were after all aggressive, resourceful and supremely well-equipped...

These miniatures are usable as almost all types of regular American line troops - from the US entry into WWII in the Mediterranean through to the war’s end in Europe. They can, of course, be fielded as other nations - Uncle Sam outfitted all manner of troops from his stores. These G.I.s could be painted as late war French (post D-Day) or even Brazilians fighting in Italy!

This packed plastic frame comes with: