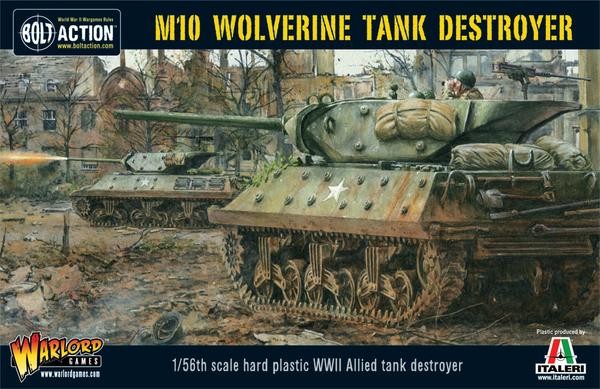 The M10's M7 3-inch (76.2mm) anti-tank gun was a considerable improvement over the 75mm carried by the Sherman. The M10’s relatively thin 37mm of armour (and open-topped five-sided welded turret) on the other hand made it vulnerable to anti-tank weapons, so its main role became defensive, often firing from concealed positions.

The M10 was also widely used by the British, who called it the Wolverine. As such this plastic set comes complete with choice of US or British crew plus extensive decal sheets to gear up your tank hunters for action!