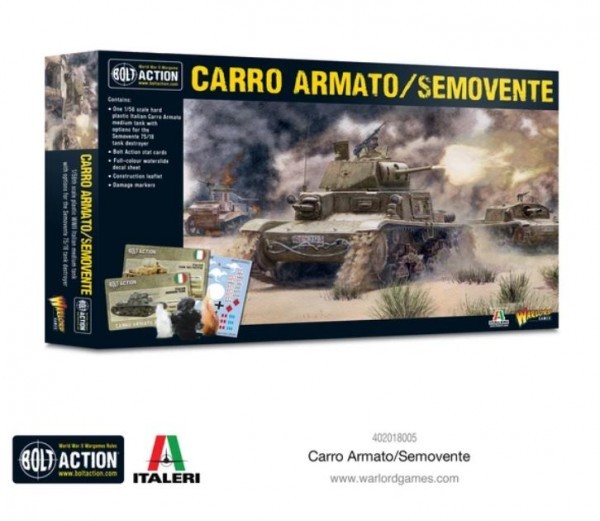 This superb plastic kit can alternatively be assembled as a Semovente tank. The Semovente 75/18 self-propelled gun brings some much needed armoured reinforcements to Italian forces.

The Semovente was an Italian self-propelled gun, built by mounting the 75mm Obice da 75/18 modello 34 mountain gun on the chassis of a M13/40 or M14/41 tank. It had riveted steel plates, which were thicker but also less sloped than in the original tank. Frontal armour was almost vertical, but it consisted of two plates rather than a single layer, which improved stopping power.

You may think these tanks may only be for Italian Bolt Action armies, but you’d be dead wrong. Captured examples of the M13 were used by the Australians at Tobruk and the Germans were known to use Semoventes. The kit has you covered, including a decal sheet with Italian army, German army and Australian Army markings.