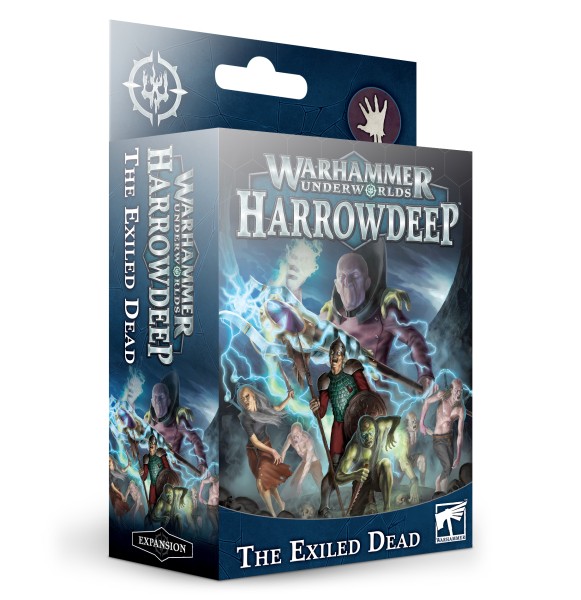 The vampire Deintalos dwells in the darkness of Harrowdeep – a lurking menace eager to snare those who walk its labyrinthine passages. His experiences with the Force Dynamic – the arcano-electric force he believes animates all things – led to his self-imposed exile from Shyish, where his brand of necromancy is taboo. In Harrowdeep, Deintalos found an ideal place to hide his grisly experiments, aided by his mortal apprentice in necromancy, Marcov. Deintalos animates recovered cadavers with arcane machinery and the Force Dynamic. These Arcwalkers, as Deintalos dubs them, act in eerie unison to tear apart their foes. With their mindless assistance, Deintalos means to dissect every secret of the abyssal labyrinth in which he dwells.

The Exiled Dead are aggressive, but flexible enough to keep your opponents on their toes and play for objectives. Once you get your shambling fighters into a good position, they’ll be tough to tackle. To this end, Deintalos has an ability that will keep them all moving, activating multiple Arcwalkers at once. This box includes a complete Rivals deck, plus loads of extra cards allowing you to try out a few tricks, as well as universal cards and Grand Alliance cards to use with your other warbands.

Miniatures in this box are supplied unpainted and require assembly