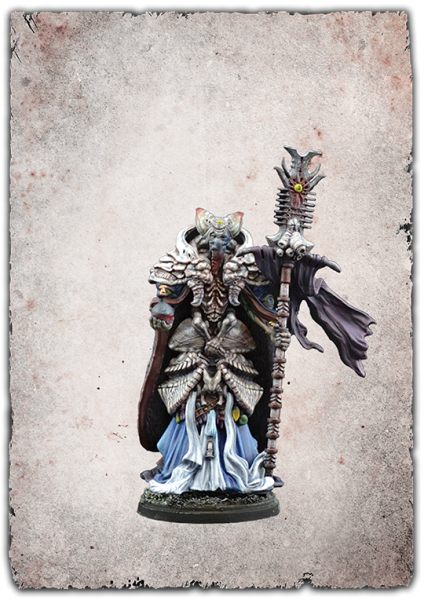 Beschreibung Bewertungen 0
Beschreibung
To look upon a Biomancer is to look upon Biomancy itself. These are the favored agents of the... mehr
Menü schließen
Produktinformationen "Biomancer"

To look upon a Biomancer is to look upon Biomancy itself. These are the favored agents of the Directorate, and the full resources of their twisted genius are at their disposal. Everything about them; from their clothing to the menagerie that follows them, even their very bodies, are the direct product of a Biomantic process.

Standing six feet tall, their spindly bodies have been adapted to the rigors of their academic life. Digestive systems have been reduced to minimize distractions.  Their senses, particularly sight and smell, have been enhanced to an astounding degree, so much so that the clothing they wear to battle is designed to reduce the sensory overload, allowing them to focus on the task at hand. And the task is only ever the furtherance of the Directorate’s plans, first and foremost.