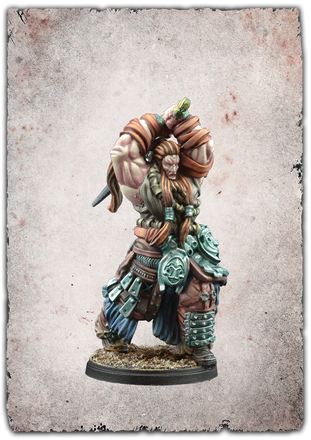 When the Nords first began raiding the northern shores, the panicked populace of the newly-fledged Kingdoms described them as terrors, goblins and monsters. Only in time, as the skirmishes escalated and the initial panic eased into daily fear, were they recognized as human. It is only the wise who know how close they came to the truth in those first days.

The Einherjar were meant to fight and die gloriously on Ragnarok, so when the Yggdrasil Spire undertook the Einherjar Project, they paid no heed to the long-term effects of their process. By creating a self-evolving system linked to the subject’s subconscious and massively reducing the metabolic rate and speed at which these changes occurred, they significantly reduced the odds of tissue rejection as the subjects’ subconsciously chose their development path.