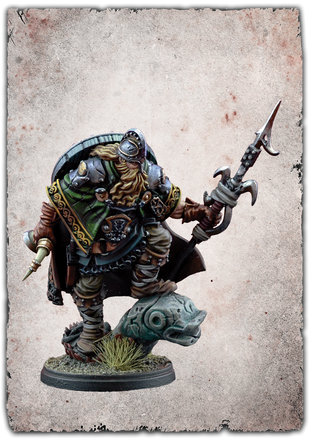 While the Nords often ridicule their southern cousins in the Hundred Kingdoms for the sheer variety and profusion of titles that the nobility uses, the truth of the matter is that the Nord description is no less complex or confusing, despite the seeming simplicity of it. Nords effectively recognize but two titles: the Jarl and the King.

The title of Jarl is perhaps the most misleading. Much like the word ‘Lord’ used in the southern lands, there can be a great gulf between two different individuals addressed by the same title. The same holds true in Nord society, where a Jarl remains a recognized leader of men, but the number and quality of the troops at his disposal can vary wildly. In the southern coast of Mannheim, where the weather is a little sweeter than in the true north and the sea provides its bounty through both raiding and fishing, a Jarl might rule over no more than one prosperous town or village, but still manage to support a standing fighting force of over a hundred hard bitten raiders and huskarls, doubling or tripling that during times of need. On the other hand, in the deep north where only small communities of few people can be sustained, a Jarl’s available manpower shrinks tremendously, often resulting in situations where a single Jarl and his hand-picked chosen men range over a large area, hunting and tracking outlaws and predators.
Inhalt: