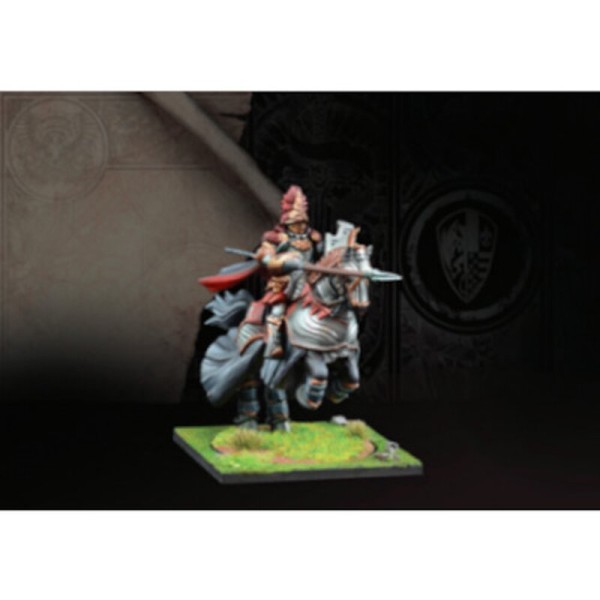 No matter how old and established a noble house is in the hundred kingdoms, none have forgotten the wise saying: "Power flows from the edge of the blade." As a result, all houses, no matter how humble or imposing, can always count on noble scions trained in the art of war to lead their troops. These Noble Lords are trained from youth in the arts of swordsmanship and mounted combat, the wealthiest amongst them even attending the proud War Colleges in Argem. Whatever the specifics, few question that many a noble’s right to command does not derive simply from the blood coursing through their veins. The prestigious martial tradition of the Hundred Kingdoms demands leaders whose men believe in, whose training and experience foster confidence and whose skill demands admiration. A Noble Lord who issues orders can reasonably expect his men to storm the battlement, one that leads from the front knows his men would brave the gates of hell.