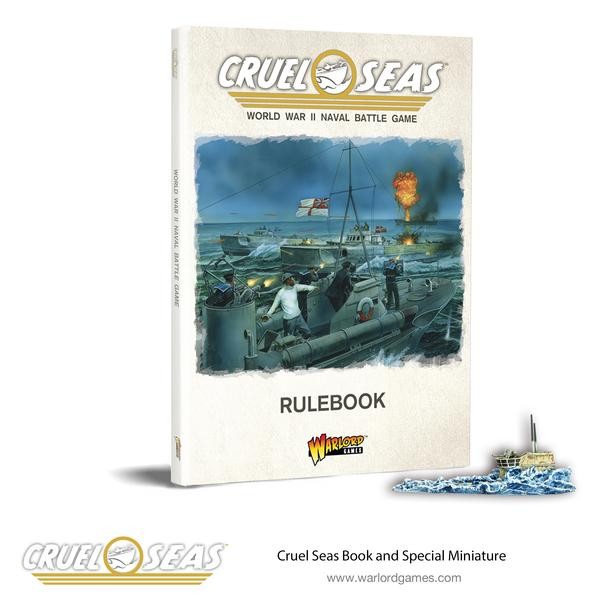 n Cruel Seas, you take on the role of a naval crew manning their fragile coastal craft as they head out day and night to take on both the sea and the enemy.

Command your flotilla of small ships as they head out to attack a convoy, drop off Commandoes for a behind-the-lines mission or task them with one of the other myriads of missions this small and versatile craft would perform.

Be it the Coastal waters of England or across the Channel to France, on to the Mediterranean waters or on further to the vast Island chains of the Pacific, Cruel seas will ensure your small ships see plenty of adrenaline-fuelled action!

As with many of our Bolt Action range of books if you order direct from our webstore you will receive a fantastically crafted model and Cruel Seas is no exception! Warlord sculptor Marco has produced this iconic piece, the conning tower of a German U-Boat breaking the surface...

"This book is an entry point into naval gaming, a subject that has lots to like about it but has commonly either had a complete set of rules and no boats, or splendid models and no rules! I and Warlord Games hope to remedy that by not only having a well laid out entry point set of rules (you will have them in your hand shortly!) but also an attractive range of easy to assemble and paint models, that cover the main classes of MTBs (motor torpedo boats) and the like, for you to start assembling your flotilla, be it Allied or Axis.

Fight hard but fair, there was much kindness shown to defeated crews and survivors, and remember, what goes around, comes around!"