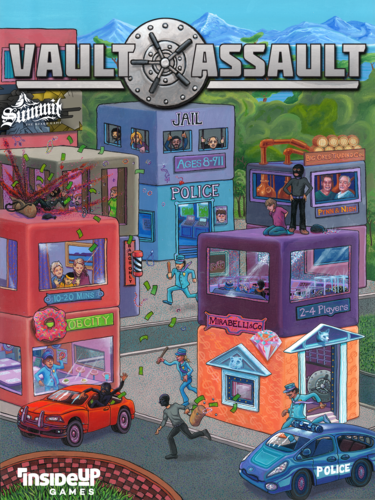 Players take turns alternating between the roles of cops and robbers; the robbers will try to steal as much money as possible, and the cops will try to arrest the robbers before they escape.

Using their set of dice, the robbers will attempt to cut the bank's alarm and steal the precious diamonds. Then they will continue to steal as much money as possible by tearing through the safety-deposit boxes, and loading up their getaway cars. Although they can use hostages to keep the cops at bay for a short period, eventually they will have to gather their loot and escape as fast as possible.