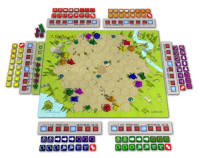 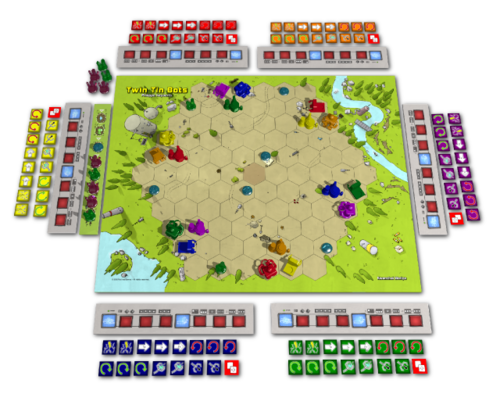 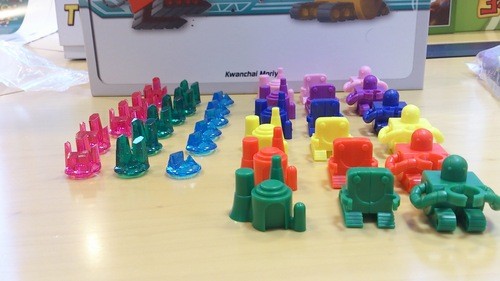 Beschreibung Bewertungen 0
Beschreibung
"The robot was advancing fast towards the base, loaded with crystals – but the opponent... mehr
Menü schließen
Produktinformationen "Twin Tin Bots ENGLISCH"

"The robot was advancing fast towards the base, loaded with crystals – but the opponent team's robot was nearing. 'Bzzzzt!' Lightning sparked briefly, and the Bot changed course to unload the crystal a few meters from his base, his programming slightly jammed by the shock wave. The opponent Bot immediately loaded the crystal and proceed to rejoin his base; two other Bots were nearing and they didn't look too friendly! The mechanic sighed heavily as he knew this would inevitably end up in a melee, damaged Bots, and long hours in the repair shop afterwards..."

In Twin Tin Bots, the robot-programming game for the new generation, many corporations have invested in crystal mining after they were discovered as a potent energy source. They designed and improved robots to harvest crystals and a few people can now run a big crystal harvesting rig. Many teams work on the same harvesting plant, but the game's always on to bring more crystals back than the others.