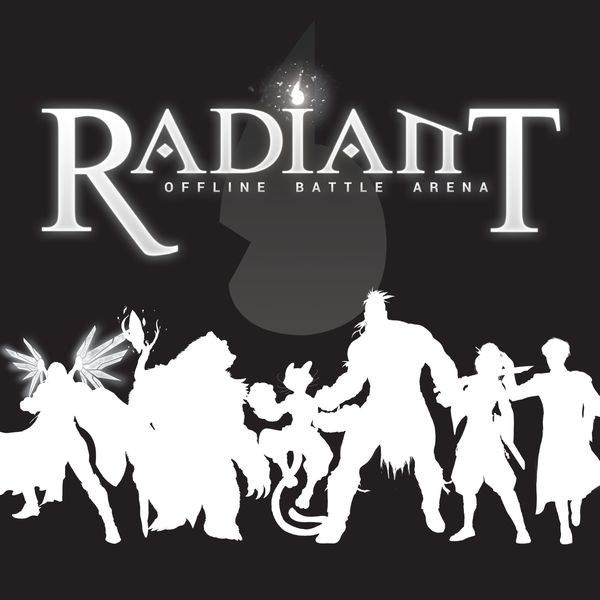 Radiant: Offline Battle Arena (ROBA) is a 1v1 draftable shuffle-building card game that brings the immensely popular multiplayer online battle arena (MOBA) video game genre to the tabletop! The game brings the team building, drafting features, strategic positioning, and player skills of a MOBA to the tabletop for players to challenge themselves with.

The player selects three different heroes, then shuffles each of those hero's decks together to create their main deck which they will utilize to compete against their opponent. The players then use the heroes to move around the different lanes of the board to outplay and outmaneuver their opponent with the goal of defeating their opponent's Deity to claim victory. The rules of the game are simple while having a great deal of depth and strategy. Each action leads to further choices as you decide how to outmaneuver and out combat your opponent!

What makes Radiant: Offline Battle Arena stand out? There are a number of aspects of ROBA, particularly in combination with each other, that make the game stand out on the tabletop:


? Resource Management - ROBA's fixed resource per turn economy allows for the players to focus on playing the game without having to be concerned about randomized resource management.

? Almost Complete Knowledge - ROBA's fixed deck knowledge allows a player to know every card in his opponent’s deck heading into a matchup. The only cards they are unaware that the opponent is playing are the 3x Items and Deity. However, the Deity can be deduced as the game progresses, which adds to the gameplay. Having almost complete knowledge of what your opponent is playing allows the player the opportunity to maximize the talent of outplaying one’s opponent.

? Minimized RNG (Random Number Generator) - With the factors of fixing ‘Resource Management’ and ‘Almost Complete Knowledge’, ROBA was designed to minimize the “RNG” of the game to the point where it is impactful yet not the determining factor in how a game finishes.

? Multiple Formats - The fundamental mechanic of shuffle building for deck construction in ROBA, allows for multiple formats to be played at the outset. The two primary formats are Draft and Constructed. Constructed and Draft. The draft allows for the players to sit down together and choose their 3x heroes in a drafting sequence, then secretly choose their single Deity and 3x Items. Constructed is summarized by bringing 3x Heroes, 3x Items, and a single Deity to the table to face your opponent.