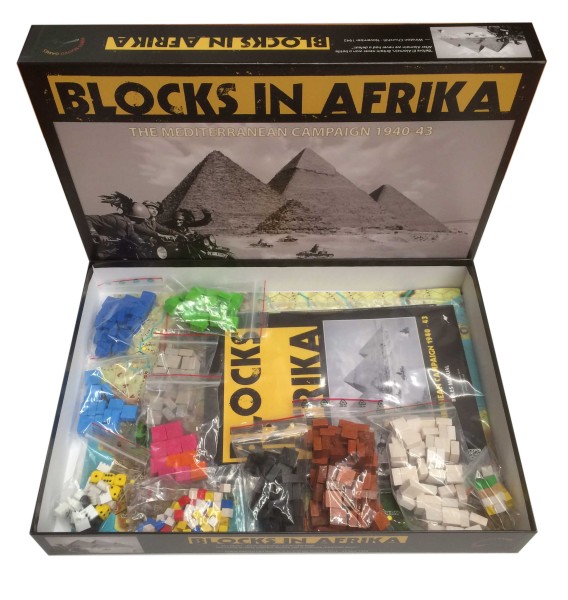 Blocks in Afrika (BiA) rounds out our “Blocks” series by covering the entire North African campaign, including all the most decisive battles fought in the Theater, from the Italian drive to Marsa Matruh in Summer 1940, until the collapse of the Axis forces in September 1943.

BLOCKS IN AFRIKA is a game for two players, with one controlling the Western Allies and the other controlling the Axis Powers. Although based on history, players can modify the outcome of World War 2 in the Mediterranean Theater.  Can either side “do better” than they did in history? The answer is in your hands.

A hexagon is approximately 43 miles (70 Km) across.
A turn is equal to 1 month of battles.
A full strength counter represents 300 planes, 300 Tanks, or 30,000 men, depending on the type unit, equipment and nationality.