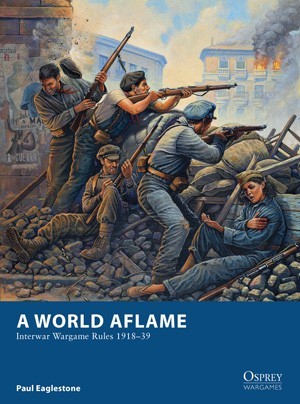 Often called the ”Pulp Era”, the years between the two World Wars have seen a tremendous surge in interest among wargamers. A World Aflame captures the adventurous nature of the time period to present a fun, fast-paced set of tabletop miniatures rules that can handle the many diverse conflicts of the period, from the Chinese Civil Wars and the "Great Game” in Central Asia, to the Irish War of Independence and the bitter ideological warfare of the Russian and Spanish Civil Wars. The rules also contain options for the "Very British Civil War”. This gaming trend has sprung up in recent years, following a "what-if” scenario that has Edward VIII refusing to abdicate the throne, thrusting the country into civil war in 1938. It is a quirky, fun setting, and one that is surprisingly popular. Written by a life-long wargamer, A World Aflame focuses on the daring and heroism of battles fought in the last great era of adventure.