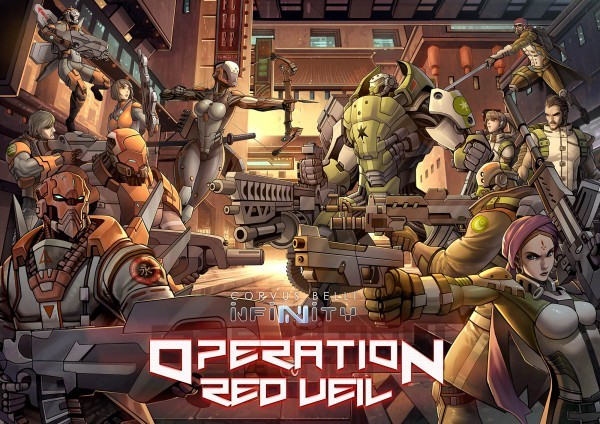 Infinity's Operation: Red Veil is a totally new product in the Infinity catalogue available this August. A box containing 14 miniatures belonging to two different armies, an introductory rulebook, scenery, dice... Operation: Red Veil has everything you need to start collecting Infinity or complete your collection!

In this book you will also find the background and troop profiles of each troop in the Battle Pack, one of which are totally new! There is also a brief guide to the Infinity universe, advice on how to delve deeper into it and a painting tutorial for each faction of this pack.

To complete the game experience, the Battle Pack includes ready-to-play cardboard scenery (four buildings and six containers), a Game Mat, six twenty-sided dice (three with a Yu Jing design and three with a Haqqislamite design), as well as cardboard markers, templates and a ruler - everything you need to start playing!